Current political debates are the focus of the event series "Im Brennpunkt" (In Focus). It is organised by the Literary Colloquium in Berlin, the Federal Foreign Office and Leipzig Book Fair.

Themes of the last years

The toppling of socialist regimes in Warsaw Pact countries, the fall of the Berlin Wall in November 1989 and the execution of the Romanian dictator Ceausescu in 1989. Declaration of independence of the Baltic States in 1990, disintegration of the Soviet Union and Yugoslavia with the subsequent wars in 1991: The years 1989 to 1991 fundamentally transformed the established West-East order of the Cold War. The "system" had unexpectedly collapsed, and the road to freedom and democracy seemed to be mapped out.

The Federal Agency for Civic Education turned its attention to this time of change. It organised a programme series in cooperation with Leipzig Book Fair focusing on "The Years of Change 1989-1991. Central, Eastern and South-Eastern Europe 30 Years Later". At its centre was the question of how the states and societies of Central, Eastern and South-Eastern Europe have developed since the upheavals of 1989–1991.

The Event Series "Europa21. Thinking tomorrow's society" took place from 2016 to 2018 at Leipzig Book Fair in cooperation with the Robert Bosch Foundation. It invited people to reflect on current events and conflicts and join in live discussions.

The international platform enabled writers, academics, journalists, artists and representatives from civil society to engage in a constructive dialogue and shed light on various perspectives on contemporary challenges. The event series was curated by Insa Wilke (2016), Esra Küçük (2017) and Mohamed Amjahid (2018). 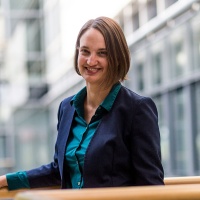